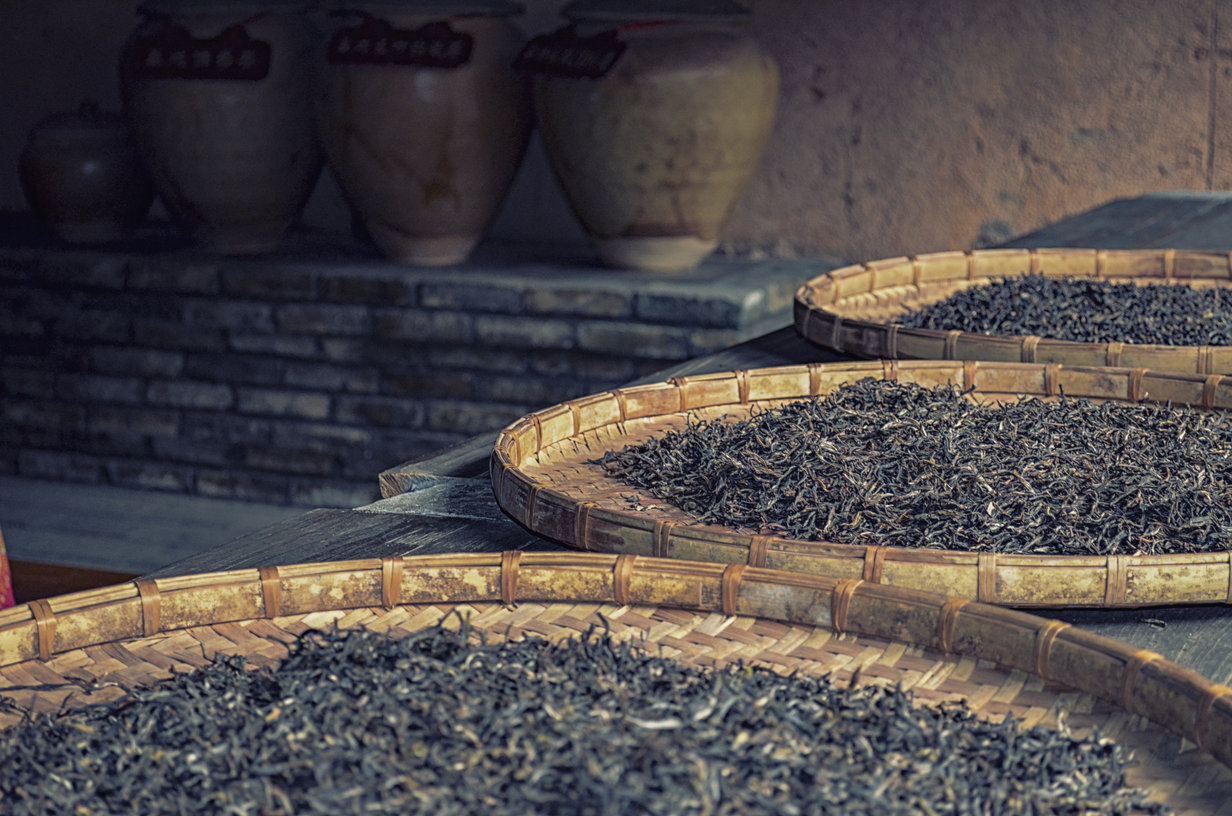 Chinese tea culture refers to the way to prepare tea as well as the occasions when people consume tea in China. Tea culture in China differs from that in European countries like Britain and other Asian countries like Japan, Korea, Vietnam in preparation, taste, and occasion when consuming tea. People consume tea regularly, both on casual and formal occasions. In addition to being a popular beverage, it is used in traditional Chinese medicine as well as in Chinese cuisine. 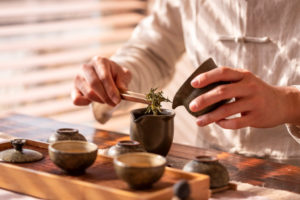 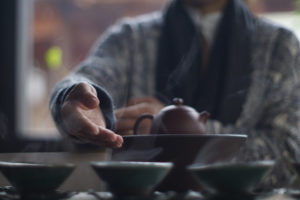 There are several special circumstances in tea drinking.

According to Chinese tradition, members of the younger generation should show their respect to members of the older generation by offering a cup of tea. Inviting their elders to restaurants for tea is a traditional holiday activity. In the past, people of a lower social class served tea to the upper class in society. Today, with the increasing liberalization of Chinese society, this rule and its connotations have become blurred.

In Chinese culture, People may offer tea to others as part of a formal apology. For example, children who have misbehaved may serve tea to their parents as a sign of regret and submission.

To show gratitude and celebrate weddings

In the traditional Chinese marriage ceremony, the bride and groom kneel in front of their respective parents and serve them tea and then thank them, together, which represents an expression of their gratitude and respect. According to the tradition, the bride serves the groom’s family, and the groom serves the bride’s family. This process symbolizes the joining together of the two families.

In Chinese tea culture, light finger tapping is an informal way to thank the tea master or tea server for tea. While or after filling one’s cup, the receiver of the tea may tap the index and middle fingers (one or more in combination) to express gratitude to the person who served the tea. This custom is common in southern Chinese, where their meals often are accompanied by many servings of tea.

This custom is said to have originated in the Qing dynasty when the Qianlong Emperor traveled in disguise throughout the empire, and his accompanying servants were instructed not to reveal their Master’s identity. One day in a restaurant, the emperor poured tea for a servant. To that servant, it was a huge honor to have the emperor pour him a cup of tea. Out of habit, he wanted to kneel and express his thanks to the emperor, However, he could not do this since that would reveal the emperor’s identity. Instead, he tapped the table with bent fingers to represent kneeling to the emperor and to express his gratitude and respect. In this sense, the bent fingers supposedly signify a bowing servant.

However, in formal tea ceremonies nodding the head or saying “thank you” is more appropriate.

The different ways of brewing Chinese tea depend on variables like the formality of the occasion, the means of the people preparing it, and Tea varieties. For example, green teas are more delicate than oolong teas or black teas; therefore, brew green tea with cooler water. The most informal method of brewing tea is to add the leaves to a pot containing hot water. This method is commonly found in households and restaurants, for example, in the context of dim sum or yum cha in Cantonese restaurants. Another technique for serving tea is to use a small lidded bowl called a gaiwan. The Hongwu Emperor of the Ming dynasty contributed to the development of loose tea brewing by banning the production of compressed tea.

Gongfu cha, meaning “making tea with skill,” is a popular method of preparing tea in China. It makes use of small Yixing teapots holding about 100–150 ml (4 or 5 fl.oz.), the size is thought to enhance the aesthetics and to “round out” the taste of the tea being brewed. Brewing tea in a Yixing teapot can be done for private enjoyment as well as to welcome guests. Depending on the region of China, there may be differences in the steps and tools of brewing. For example, Taiwanese-style gongfu cha makes use of several additional instruments, including tweezers and a tea strainer. The procedure is mostly applicable to oolong, pu’er, and other fermented teas.

Tea Culture in China has had a significant impact on the development of culture in China. Chinese traditional culture connects closely with Chinese tea. People often associated tea with literature, arts, and philosophy and closely connects with Taoism, Buddhism, and Confucianism. Roughly since the Tang Dynasty, drinking tea has been an essential part of self-cultivation. Chinese Chan (similar to Japanese Zen) philosophy links with drinking tea as well.

Traditionally, people believe tea drinkers are the ‘academic’ and ‘cultural elites’ of society. In other words, the practice of drinking tea is an expression of personal morality, education, social principles, and status. Increased enthusiasm for tea drinking led to the higher production of teaware, which significantly popularized Chinese porcelain culture.

Ancient Chinese scholars used the teahouse as a place for sharing ideas. For Instance, The teahouse was a place where political allegiances and social rank were said to have been temporarily suspended in favor of honest and rational discourse. The leisurely consumption of tea promoted conviviality and civility amongst the participants. The teahouse is not only a minor by-product of Chinese tea culture; it offers historical evidence of Chinese tea history. Today, people can also sense a kind of humanistic atmosphere in Beijing’s Lao She Teahouse and other teahouses in East China cities like Hangzhou, Suzhou, Yangzhou, Nanjing, Wuxi, Shaoxing, Shanghai, and other places. Above all, the teahouse atmosphere is still dynamic and vigorous. 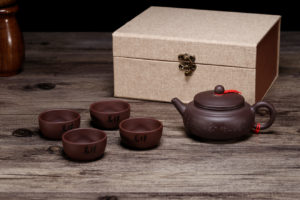 In modern China, Chinese tea culture is virtually every dwelling—even down to the simplest mud hut—has a set of tea implements for brewing a cup of hot tea. They are symbols of welcome for visitors or neighbors. Traditionally, a visitor should expect to sit down and drink tea while talking; Traditionally, people believe visiting while remaining standing is uncouth. Folding the napkin in tea ceremonies is a traditional act in China performed to keep away bad qi energy.

Tea was regarded as one of the seven daily necessities, the others being firewood, rice, oil, salt, soy sauce, and vinegar. There are several types of tea: green tea, oolong tea, red tea, black tea, white tea, yellow tea, puerh tea, and flower tea. Traditionally, people turn fresh tea leaves regularly in a deep bowl. This process allows the leaves dry in a way that preserves their full flavor, ready for use.